Comparing to twenty years ago: more than half of Russians are satisfied with the quality of Medical Services they receive

Romir Research Holding measured satisfaction levels among Russians regarding medical services that they receive and their own wellbeing, in comparison to twenty years ago.

At the end of 2021, most Russians (54%) were satisfied with the quality of medical services they receive. In comparison in 2002, the overall level of satisfaction was lower 46%. It is also worth noting that more people could give a clear answer on this matter – the percentage of those who find it difficult to answer has dropped significantly from 12% in 2002 to 4% in 2021.

The share of those who are satisfied with the services is higher among people with lower income (54%). The opinion of the those in the middle-income group were split evenly.

People within the age group of 45 to 59 are more often dissatisfied with the quality of medical services. 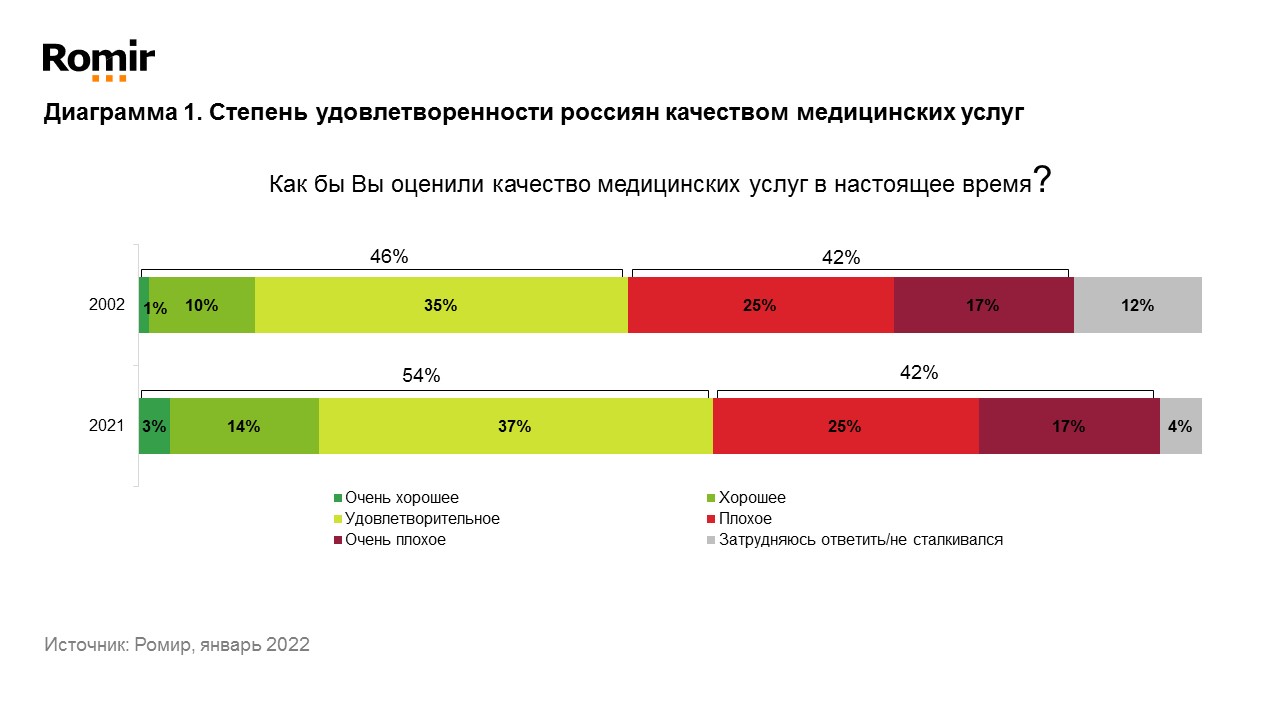 “I think that the increase in the satisfaction of Russians with the quality of medical services in 2021 is associated with a general change in the attitude of patients toward physicians and their role in the fight against the coronavirus infection. Also, for the past many years the government has been consistently investing in better equipment, qualification of personnel and better management within the healthcare system, these have improved the quality of the services provided.

As for the decrease in the level of satisfaction of Russians regarding their health, this is primarily influenced by the ongoing covid-19 epidemic and the general anxiety of the population regarding the health risks that this causes” commented Oleg Yanushevich, rector of Moscow State University of Medicine and Dentistry named after A. I. Evdokimov, President of the Society of Physicians of Russia, Academician of the Russian Academy of Sciences.

Satisfaction with the state of their health was a primary matter of concern at the end of last year (65%): 20% are satisfied and 45% are somehow satisfied. Romir compared this data with the results of 2020 i.e., the start of the pandemic, and this shows that the level of satisfaction decreased. At that time, 71% of respondents were more or less satisfied with the state of their health. The share of those who are unsatisfied with their health has increased – 35% in 2021 compared to 29% in 2020. However, compared to 2003, the indicators are more positive – the share of negative answers has significantly decreased from 21% in 2003 to 9% in 2021.

According to the results of the 2021 study absolute satisfaction level were higher for male’s vs females (23% vs 17%). 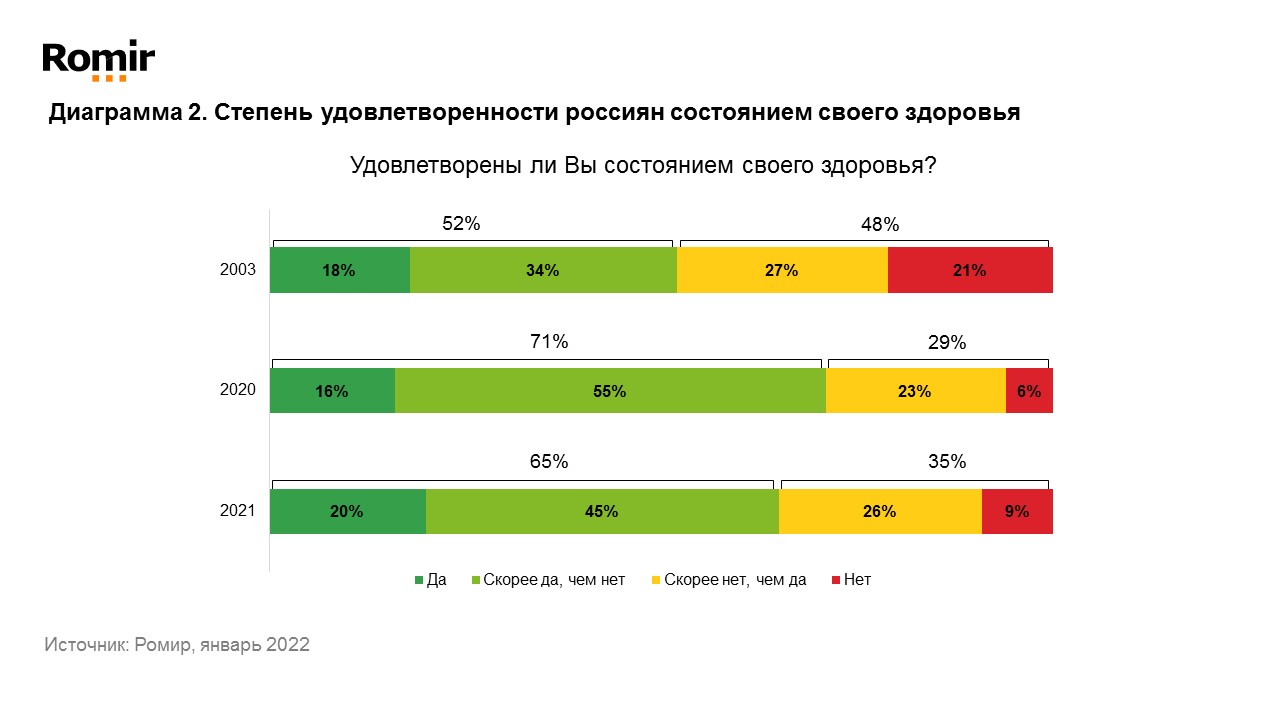 “Against the background of general criticism of the healthcare system, we see unexpected data on the growth of Russians’ satisfaction with medical services. On a global scale, the attitude toward the healthcare system in Russia is worse than in other countries. In 2020, according to a global survey by Romir and GlobalNR, Russia ranked penultimate in the Health Index. But the dynamics over the 20-year trend indicates positive changes. With another surge in disease incidence, people feel that the healthcare system is beginning to cope with the new challenges of the pandemic,” said Andrey Milekhin, President of Romir, founder of the Mile group, Doctor of Sociology.