Romir/GlobalNR: economic growth vs. the environment

During the global survey in the spring of 2020, Romir research holding and GlobalNR, the international community of research companies, explored global opinion on some key issues of society’s lifestyle, including medical issues, attitude on social processes, politics, global leadership, social trend, and cutting-edge technologies. The research was conducted in 10 countries*, more than 7100 respondents from different socio-demographic groups participated in it.

So, the majority of the respondents (62%) think that it is more important to care about the environment. More than a third of people hold an opposite opinion, treating economic growth as a priority. Ecological preservation turned out to be more important for residents from China (79%). Thailand (78%), in turn, has the highest share of people who think that economic growth is a higher priority than the environment.

Residents from Russia and the USA, in turn, showed one of the highest results with respect to the importance given to economic growth. Thus, 42% and 43% respectively considered economic development as a first priority.

Histogram. What's more important for the world: economic growth or taking care of the environment? (%) 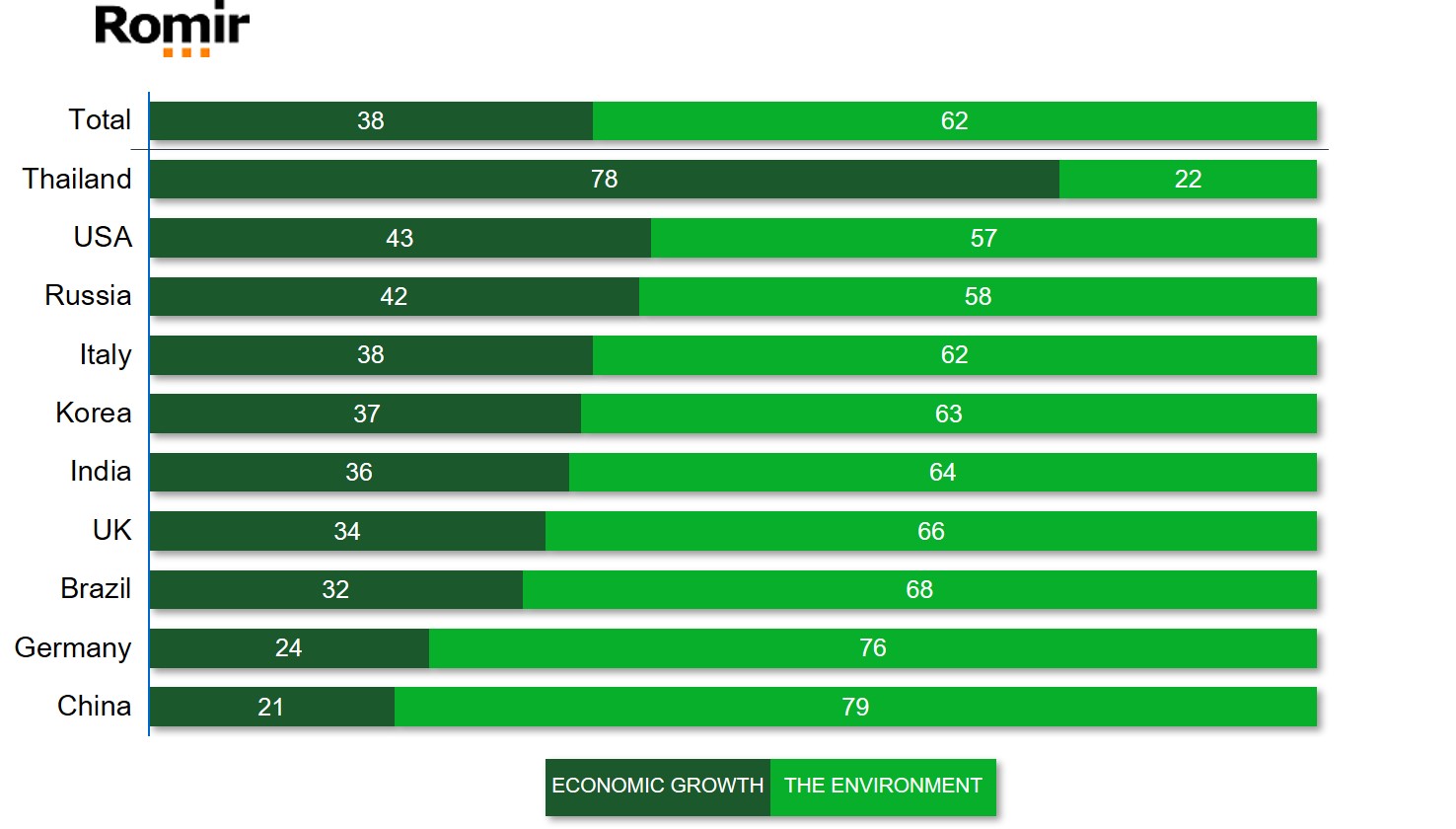 «Human activities have an increasing impact on the environment and sometimes it’s not positive. Thankfully, humankind is aware of the importance of the matter and more often treat the preservation of the environment as a priority for the current and future generations», - Andrey Milekhin, the president of Romir research holding, Doctor of Science {Sociology}, comments on the results.

*The research by Romir and GlobalNR was conducted in Brazil, Great Britain, Germany, India, Italy, China, Russia, the USA, Thailand, and South Korea. Overall, more than 7100 respondents from different socio-demographic groups participated in the research. In Russia, 800 respondents were surveyed. Methodology: online on Romir Scan Panel.

Romir is the largest Russian private holding specializing in marketing, media, and socio-economic surveys. The company has its own large regional network in Russia and countries of the former Soviet Union. Romir is an exclusive representative in Russia and CIS countries of Gallup International and a member of GlobalNR, the international research associations, with the research geography over 100 countries.