Picture 1. What does “a family” means to you? 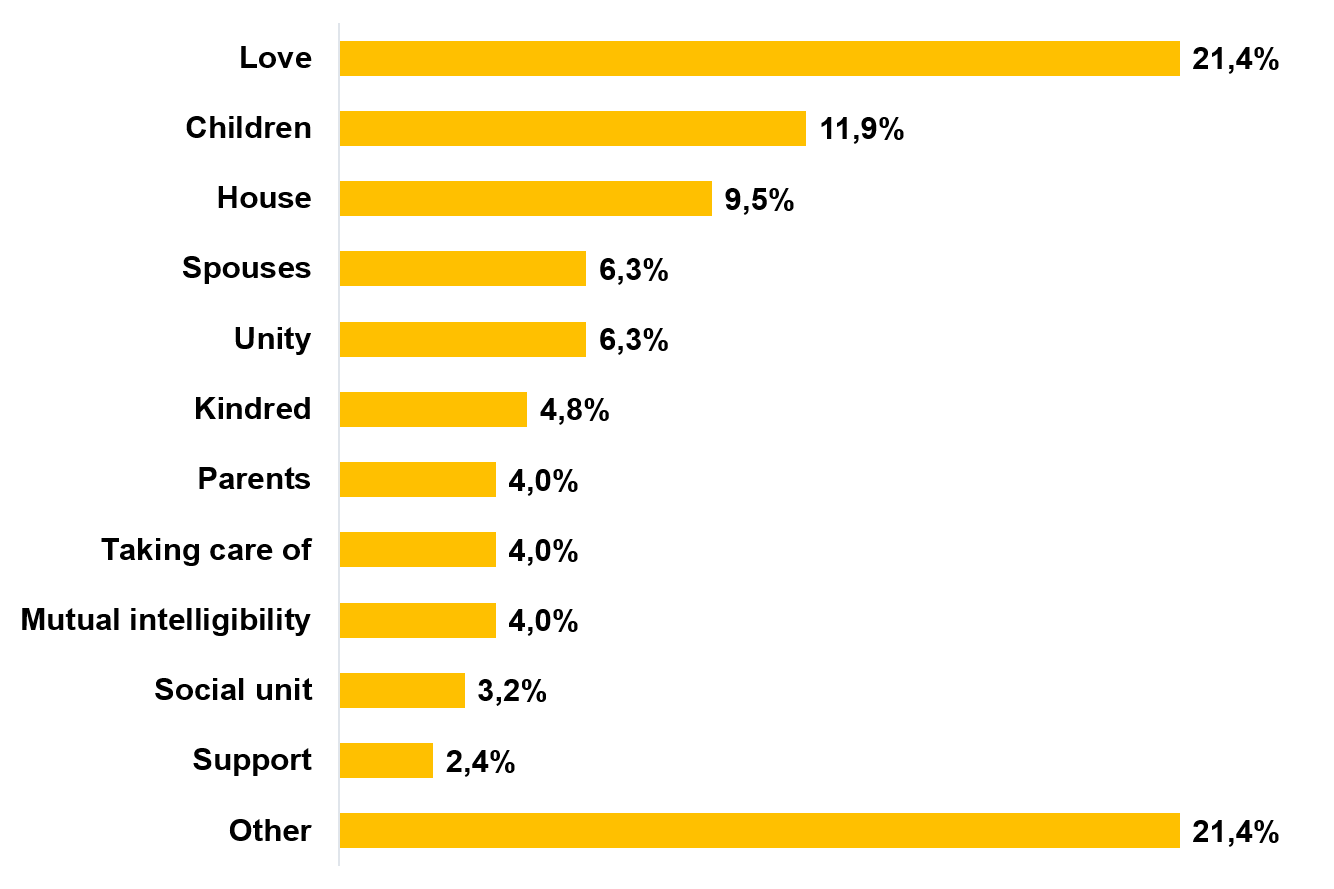 Beyond the five most popular definitions are such answers as “kindred” (4,8%), “parents”, “taking care of” and “mutual intelligibility” (4%), and “social unit” – only 3,2% recalled this once-popular definition. Only 2,4% associate family with support. Besides, more than 20% of the respondents gave different answers which are within a statistical error – they were consolidated in the category “Other”.