Russians prefer vacation at the seaside

More than a third of the Russians (36%) are going to spend their vacation by the water (sea, lake or river). One in six Russians (17%) is interested in cultural tourism. 16% of the respondents are attracted by an ecotourism – hiking, fishing and rafting. 14% plan to vacate in a health center. Only 8% want to have a skiing vacation.

Romir Research Holding, within the national poll*, has asked the respondents where are they going to vacate in 2019. Thus, vacation by water (sea, lake, river, etc.) became the most popular answer. 36% gave such an answer (see Histogram 1). Note that such kind of vacation better attracts young adults of 18-24 y.o. – the most active segment of the population. 53% of the respondents of this category are interested in water-based recreation. On the contrary, the respondents over 60 y.o. aren’t keen to vacate by water – only 10% claimed such an intent.

Histogram 1. Do you plan to go on vacation for the purpose of…? (%) 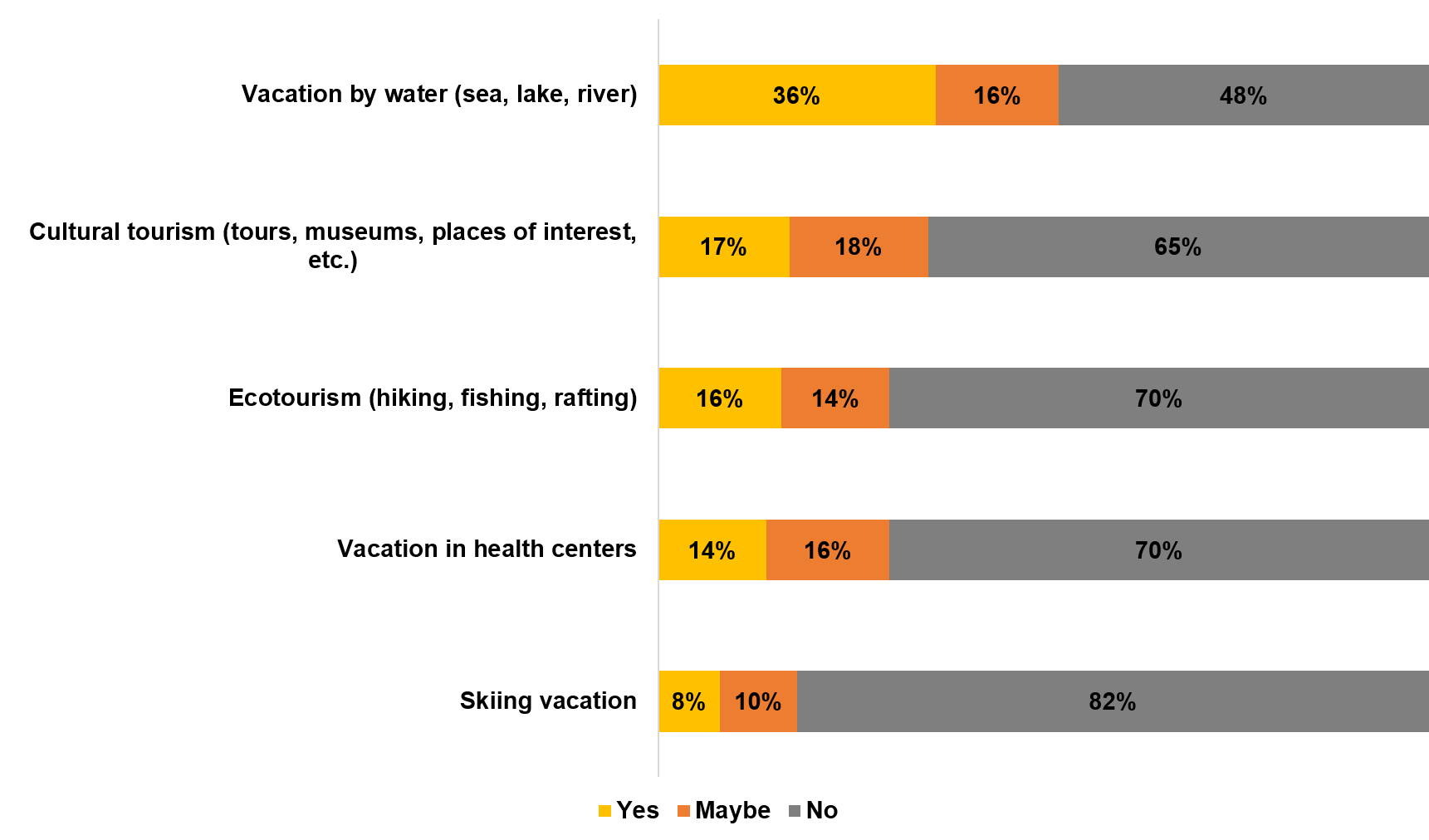 17% of the respondents want to vacate productively and plan to visit cultural places of interest – museums, monuments, different sites, etc. People of the middle age group (from 35 to 44 y.o.) are a bit more interested in such kind of vacation – 23%.

Ecotourism is rather popular – it includes hiking, fishing, rafting and other similar activities. 16% are going to have such vacation. The men chose this kind of vacation twice as frequently as the women did – 22% vs. 11%.

One on seven respondents (14%) plans to improve their health, vacating in health centers. Such kind of vacation is the most popular among the respondents over 60 y.o. and with high level of income.

Only 8% of Russians are interested in skiing vacation. Extreme sports predictably attract the young age group – 15% of the respondents of 18-24 y.o. are going to ski during their vacation.

*The poll surveyed 1500 people aged from 18 and older, residing in all types of cities and villages in all federal districts. The sample represents the adult population of Russia.