Gallup International/Romir presents the results of the global poll

Only every third person on earth positively assesses the performance of their government. Diversity among global regions and within a number of macroregions is significant in terms of this issue. Philippines are taking the lead in this rating where the government index is 77 p.p. Latvia (6 p.p.) and Japan (8 p.p.) are the outsiders. Russia has 41 p.p. and ranks 16th, outpacing the European countries and the USA.

Gallup International, the international association, has assembled the residents’ estimates of their government’s work. This ranking was created in the 41st annual global survey, dedicated to the results of passing year. Romir research holding, the exclusive representative of GIA on the territory of post-Soviet countries, conducted this survey in Russia and Ukraine. Almost 54 thousand respondents in 52 countries whose opinion can be extrapolated to all the world's citizens.

Answering the question “How strongly you agree with the statement that your government can be named “efficient”, residents from Philippines (78%), Bangladesh (75%) and Vietnam (75%) gave the largest number of positive answers. The fewest number of people who agree with the statement lives in Latvia (3%), Japan (6%) and Croatia (10%) (see Table 2).

The estimation of a development course selected by the Government as «the right one» was again higher in Philippines (79%), Vietnam (76%) and India (74%). The residents of Mexico (8%), RSA (8%) and Latvia (9%) are least agree with the national strategic thrust.

Based on these answers, the Government Index was calculated by obtaining of the average number between positive answers of the respondents (% of the population 18+) (see Table 1).

Table 1. Ranking of countries on a basis of the government index. 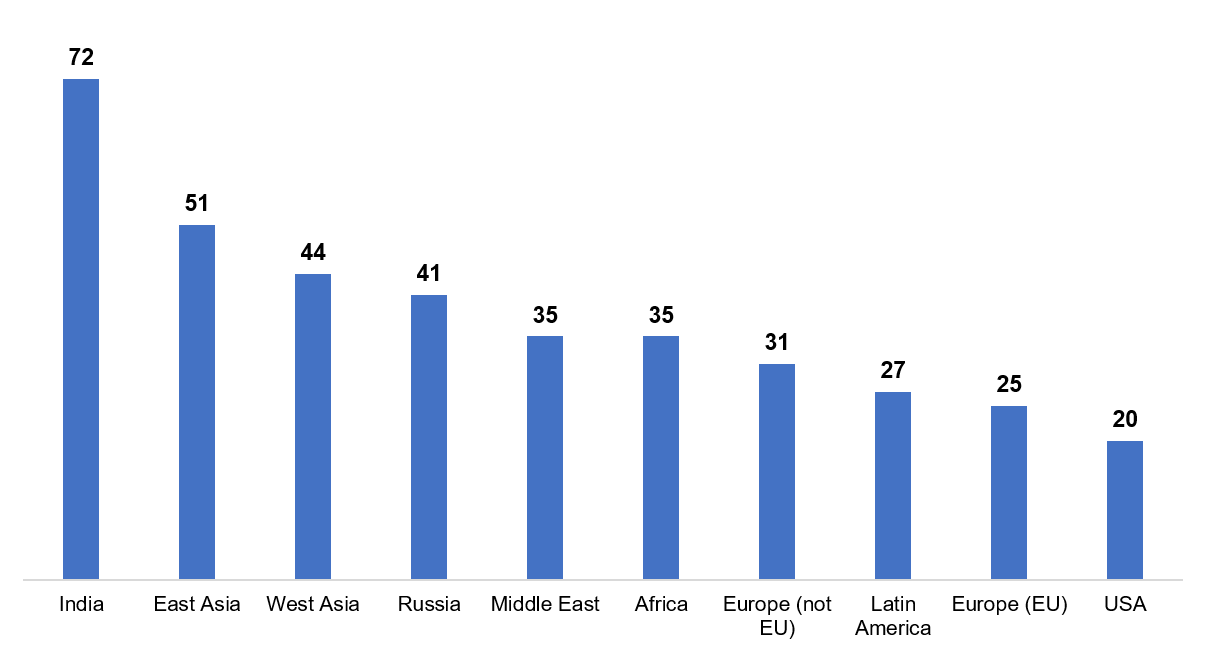 Andrey Milekhin, the President of Romir research holding, comments on the results: “As for the international distribution, positive attitude towards the authorities is connected with the sense of the dynamics of the ongoing socio-economic processes in the society and with the personal sense of justice in relation to their own position in it. As a reference point in this comparison, people often use their own experience, traditions and neighborhood watch.”